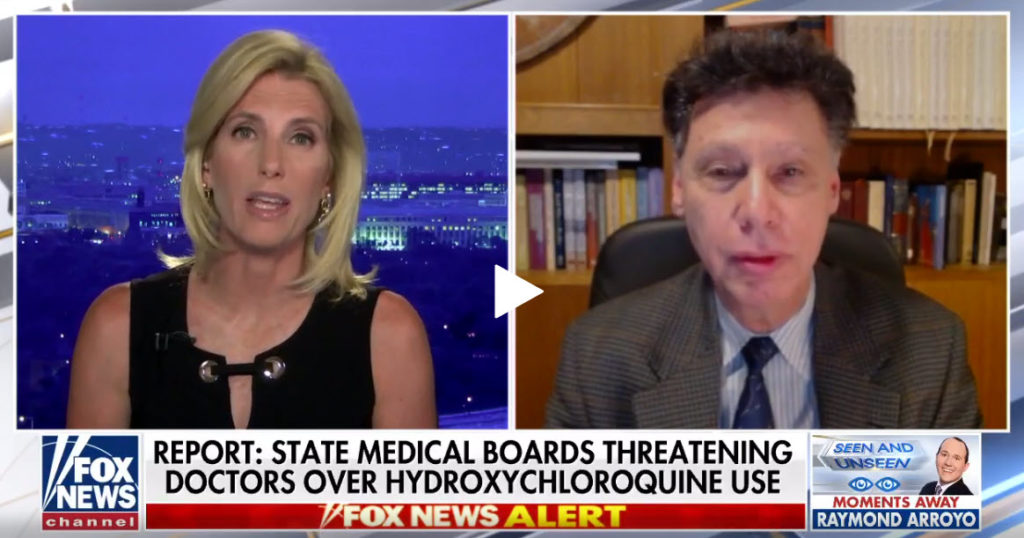 Dr. Harvey Risch, an epidemiology professor at Yale School of Public Health, said on Tuesday that he thinks hydroxychloroquine could save 75,000 to 100,000 lives if the drug is widely used to treat coronavirus.

“There are many doctors that I’ve gotten hostile remarks about saying that all the evidence is bad for it and, in fact, that is not true at all,” Risch told “Ingraham Angle,” adding that he believes the drug can be used as a “prophylactic” for front-line workers, as other countries like India have done.

Risch lamented that a “propaganda war” is being waged against the use of the drug for political purposes, not based on “medical facts.”